Future plans for Plaza of Nations

It may be officially 750 Pacific, but it’s the Plaza of Nations to everyone in the city. Or at least, it was – this rezoning would presumably see it getting a new name. The project proposes up to 2,000 apartments, 350,000 sq ft of commercial space including a hotel and retail. It also includes a new practice arena for the Canucks which would be a public skating rink the rest of the time. 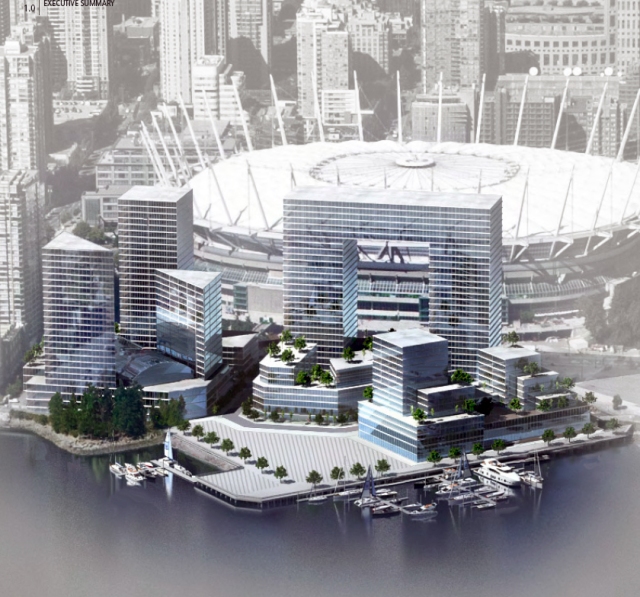 The most striking gesture is James Cheng’s proposed ‘grand arch’ tower. There’s a long path ahead of this proposal, including no doubt at least one review by the Urban Design Panel. It will be interesting to see how the cluster of apparently similar height towers gets viewed, along with the massing of the lower but bulkier buildings.